The Outstanding Achievement Award will be presented to Karl Lagerfeld at the British Fashion Awards on November 23rd 2015. The white haired designer will be honoured at the ceremony, which will take place at London’s Coliseum, for his unrivalled contribution to the fashion industry over the years.

For over fifty years Karl Lagerfeld has remained a formidable force in the fashion industry and has taken the helm of numerous iconic houses – including Chloe, Fendi and Chanel (obvs).  Never one to shy away from hard work, Kaiser Karl has juggled many successful careers as an award winning photographer, publisher and art director alongside his numerous design undertakings.

Obviously It’s his work at Chanel for which he is most recognised and applauded.  A tenure of over thirty years has seen Lagerfeld’s unique vision transform the classic French house into a force majeur and one held in high esteem by any fashionista worth her Manolo’s.   A vision that extends beyond the atelier, Lagerfeld’s influence has helped launch numerous supermodel careers, has redefined fashion advertising and laid down the blueprint of how to revive a fashion brand – revolutionising the industry in the process.

A titan of the industry, Chanel under Lagerfeld’s guidance continues to push the boundaries of expectation in fashion. Setting a precedent with his awe-inspiring, globe-trotting runway shows, Karl Lagerfeld’s visionary genius has kept him at the forefront of contemporary culture for decades.

Natalie Massenet MBE commented: “Karl Lagerfeld defines outstanding. He is the champion of excellence, the master of the exceptional and one of the most iconic figures globally from our industry. His life’s work for his own and so many extraordinary brands has written the language of fashion. He is the ultimate visionary and we celebrate not only the decades already passed but those yet to happen. In Karl’s hands the future of fashion will be an exceptional one.”

For me, this has been a long time coming; no other house puts on a runway show like Chanel, Lagerfeld takes a culturally relevant theme with each new season and runs with it, literally until the legs fall off.  A modern visionary at 82 years old – I salute you Kaiser Karl, as do the British Fashion Council.

After a whirlwind week and a marathon of running around all over Milan, MFW is over leaving behind it a trail of destruction in the shape of confetti, broken heels and blistered feet but man, was it worth it….

This season we’ve had the rollercoaster at philipp Plein; (no really, there was a roller coaster…) and lots of belted shaggy fur, 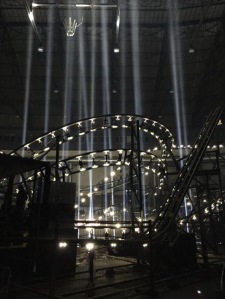 We were introduced to a new aesthetic at Gucci with Alessandro Michele’s debut for the design house, it’s a collection which has received mixed reviews mainly because of Alessandro’s departure from expectation and from the roots of the brand. 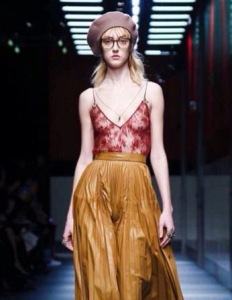 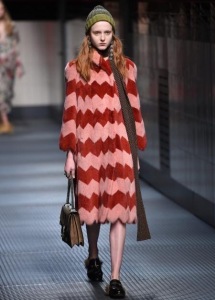 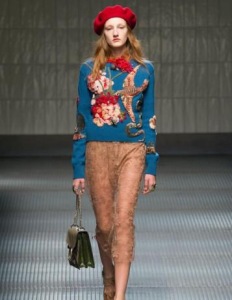 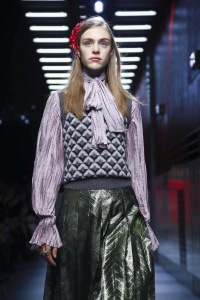 Fendi FW15 gave us our first glimpse of “Puffa Chic” and a heavy dose of 70’s inspired style in a classic Fall colour palette and a whole host of Supermodel faces, 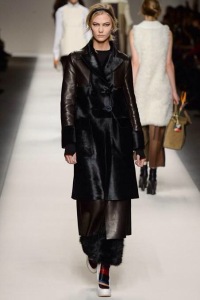 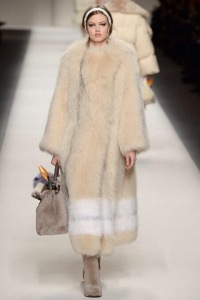 Prada delivered a modern twist on Forties style power dressing in an array of candy colours, 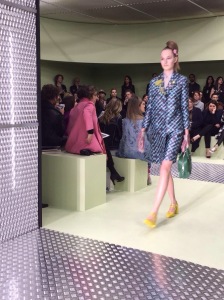 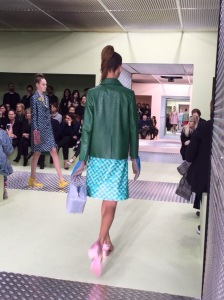 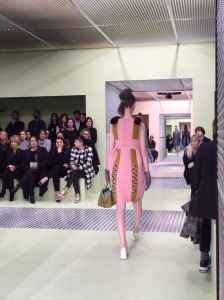 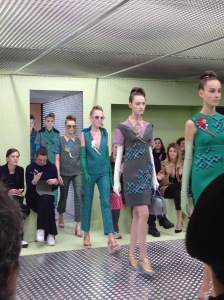 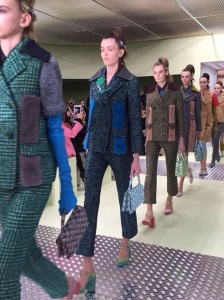 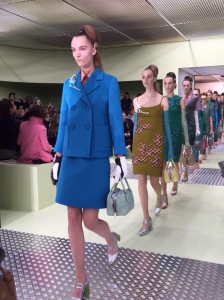 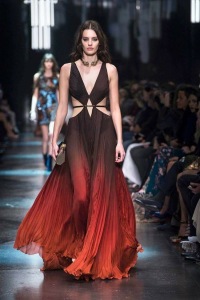 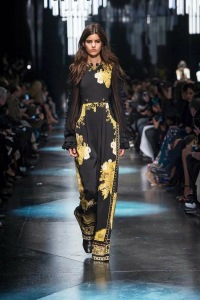 But the real stars of Milan Fashion Week #FW15 were undoubtedly the Italian giants themselves, Versace, Moschino and Dolce & Gabbana.  First up came Jeremy Scott’s most recent turn, and quite possibly his best yet, for Moschino.  With a heavy dose of 90’s nostalgia we were treated to Looney Tunes sweater dresses (I’ll take two), denim and gold patchwork, more “Puffa chic” this time with a distinct street vibe, and delicate gowns emblazoned with graffiti. 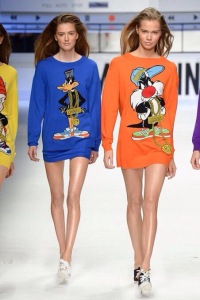 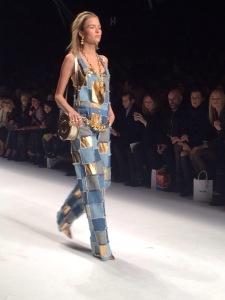 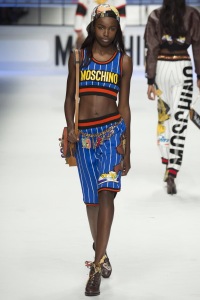 Versace was simple and effective, the show opened with bold and glorious primary colour blocking from head to foot followed by hella logos and motifs with a clear 90’s influence, 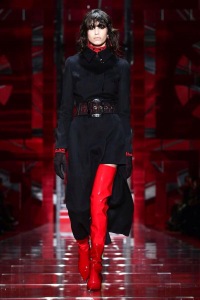 And then there was Dolce & Gabbana and all was right with the world.  always a crowd please this show was an ode to motherhood and a tribute to mothers the world over, Mothers Day came early in Italy with model mammas and their offspring taking to the runway to huge applause.  There was a genuine show of emotion when the curtain went back and the backdrop was revealed.  That’s before we even get to THOSE gem encrusted headphones… 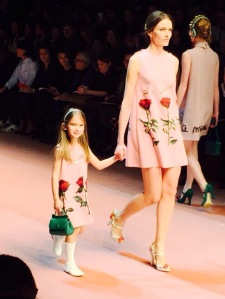 So whoever you’re supporting or championing in the fashion world, you can’t deny that FW15 at Milan Fashion Week has been diverse.  After a relatively weak New York Fashion Week and a pretty safe London Fashion Week we’ve had a welcome injection of energy and passion from MFW.  So what if i have blisters and i’ve barely slept for the past three weeks?  It’s all been worth it and blisters heal right? Pass the Compeed,